The New Congress and Your San Luis Obispo Business 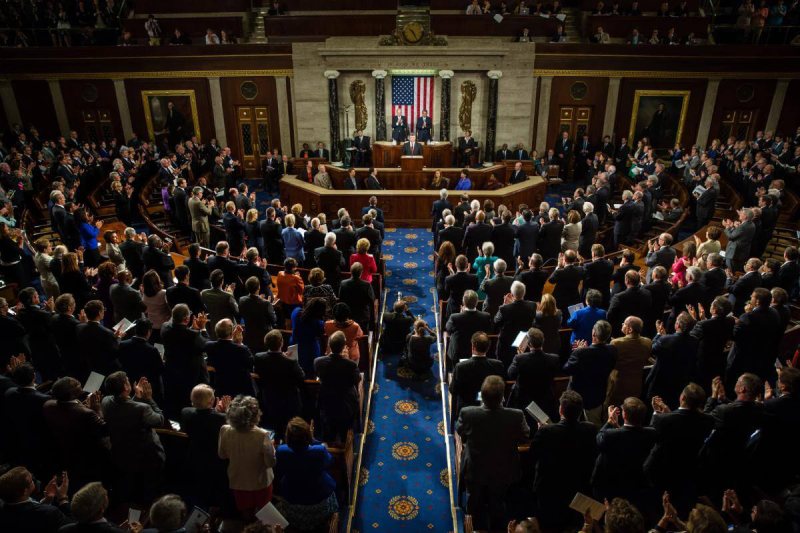 This time of year means big things for San Luis Obispo businesses like yours… and big-red-bow-on-top opportunities thanks to the post-Thanksgiving, pre-Christmas buying euphoria.

Early indicators are that this has been a tepid start to the consumer holiday season, but one consistent thing I’ve observed among my SMB clientele — nothing happens unless you do something to make it happen.

One thing that should also be on your radar: Year-end moves that will affect your 2022 tax positions. Whether it’s spending, saving, asset structure, etc … we only have one more month (or so) before the books close.

But leaving all of that aside, I wanted to help sort through the mucky aftermath of post-election results and offer a clearer picture of what lies ahead for your business as we face a new Congress in Capitol Hill.

So let’s dive in.

The New Congress and Your San Luis Obispo Business
“I have come to the conclusion that one useless man is called a disgrace, that two are called a law firm, and that three or more become a Congress.” – John Adams, 1776

The midterm elections are finally over. Now you face the challenge of doing business amid a new potential wave of tax changes — on top of such economic trends as inflation, economic change, and leftover pandemic problems like the supply chain.

What to pay attention to first?

Here are 7 takeaways for you regarding the new congress and their effect on your San Luis Obispo business.

#1 – The lights must stay on. A Republican-controlled House of Representatives and a Democratic-controlled Senate (and of course a Democratic White House, with its veto power) mean that most major tax and economic legislation will likely be logjammed through the coming months, at least until the next national election.

Nevertheless, some things will have to be done in the new congress lame-duck session, such as appropriations to keep the government running (never a gimme anymore) and money for such outlays as national defense and disaster funding. Further out, both parties will probably have to set aside big parts of their agendas or somehow learn to work together.

#2 – To repeal or delay? Some business tax breaks and conditions are on the block to be repealed or delayed — and could find their way into year-end extender deals. Among them: computation of Section 163(j) current-year business interest limitation; and phase out of bonus depreciation beginning on January 1. A possible repeal of a tax code change that requires amortization of research and development tax breaks could also pass if Republicans allow Democrats to expand the Child Tax Credit (see below).

#3 – IRS funding and more agents. The federal Inflation Reduction Act passed last summer pumps 80 billion dollars to the Internal Revenue Service, which will use part of the money to upgrade technology and hire some 87,000 new agents. Republicans in the House have made an early vow to block that money for the IRS pending more organized oversight on spending.

#4 – R&D tit for tat. A new congress split along party lines may get its first taste of wheel-dealing when Republicans push to reverse, forcing companies to amortize their tax break for research and development (R&D) over five years. If Democrats agree, Republicans might bend on expanding and extending the Child Tax Credit for families.

Some Congressional leaders have said both should pass.

Inflation and the economy

#5 – Cementing the TCJA. Republicans have brought legislation to the House to make the tax cuts, lower rates, and larger standard deductions of the Tax Cuts and Jobs Act of 2017 permanent. Republicans have also pledged in their “Commitment to America” to battle inflation (now running about 7.7%) and lower the cost of living in part through what they describe as a “pro-growth tax economy.”

Details remain sketchy right now, though, and President Biden would still have the power of veto with an override vote unlikely from a divided Congress.

#6 – The economy at large. Congress (especially a new Congress) can’t directly do much about inflation; the Federal Reserve has the best tools, in the form of interest rates. About the most Congress can do is put more money in the pockets of Americans through tax breaks and stimulus payments. If one party was squarely in control, the path might be clearer. As it is, we are likely to see the push/pull of Democrats advocating stimulus and individual credits and Republicans pushing for tax cuts for business.

Capitol Hill does continue to try to attack supply chain problems, most recently with the Ocean Shipping Reform Act of 2022. The new law has had questionable effectiveness so far, but at least it was bipartisan — so there’s hope Congress will do more for the supply chain.

Across the great divide

#7 – One bipartisan bright spot for the lame-duck session. The EARN Act, related to SECURE 2.0 and one of the flurry of bipartisan legislation aimed at retirement savings, would make several changes to employer-matching contributions to various retirement plans. You’d be able to match employee contributions on a Roth on an after-tax basis, for instance, or contribute more for SIMPLE IRAs and SIMPLE 401(k) plans, among other changes. It would also make it easier for part-time workers to participate in retirement plans.

(Other changes would be an expanded saver’s credit for low and middle-income workers, easier withdrawal penalties, and a higher age for taking required minimum distributions).

EARN (or something like it) stands an excellent chance of passing even this Congress.

Nothing ever stays the same for your business or your taxes. Just know that we’re always here to guide you through whatever comes trickling down from the new congress – or anywhere else.

NEW STRATEGY FOR YOUR FINANCES

Please fill out the fields below.

I normally respond to emails in under 24 hours. Thanks for stopping by today!